According to a Survey, Over 80% of UK GPs Believe that Patients are at Risk in their Surgery 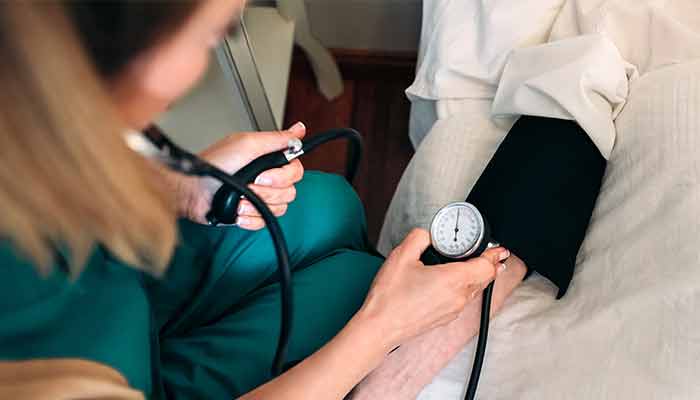 In the UK, over 80% of GPs think patients are at risk in their surgery, according to a new survey. The factors listed as contributing to this include- lack of time, staff shortages and heavy workloads.

In a survey that had 1,395 GPs participating showed that only 13% said their practice was safe for patients all the time. 85% expressed concerns about patient safety while 2% said patients were “rarely” safe. Also, 22% said that patients were safe “some of the time” while 61% said they were safe “most of the time. Interestingly, 70% said they thought the risk to patient safety was increasing in their surgery.

According to family doctors, some factors which contribute to a patient's increasing exposure to risk include lack of time with patients, workforce shortages, heavy workloads and administrative burdens.

The survey also found out the following

Dr. Kieran Sharrock, a GP in Lincolnshire and the deputy chair of the British Medical Association’s GP committee has this to say about these findings; “The evidence shows that, after you’ve already made 25 to 35 decisions about patients’ health on a particular day, that as a GP the risk of making a bad decision goes up.”

Sharrock is at the vanguard of a new campaign called “Rebuild General Practice” which calls for immediate actions to improve GP services. Currently, patients have to wait longer than before in order to

schedule an appointment as a result of shortage of both GPs and other staff such as receptionists, practice nurses, pharmacists and mental health support workers.

According to the survey, these are the reasons by percentage why GPs think patient’s safety was at risk.

Jeremy Hunt, the former health secretary, who is backing the campaign mentioned that the crisis in workforce is the NHS biggest issue saying that it is important to come up with an urgent plan to train enough doctors for the future and also hold on to the ones available.

The UK Prime Minister Boris Johnson promised in the 2019 general election to boost the GP workforce by 6,000 by 2024-25 a pledge which the health secretary Sajid Javid has admitted will not be delivered. The reason for the falling number of full-time GPs is attributed to the continuing high rate of early retirement.

It is not new that GPs are under a lot of pressure and that the NHS is having a serious issue of workforce and this has led to the increasing rate of GP negligence. Also, there have been high profile surgical errors made in the recent past due to a number of factors which relate to workload and pressure.

This cannot be accepted and shows negligence on the part of the NHS to do what they should to safeguard patient health.

Therefore, if you have claims on NHS negligence, surgical error claims such as lumbar spine injury compensation claims, cancer surgery, or other forms of surgery which have failed due to negligence, then our surgical negligence solicitors can help you make these NHS negligence claims.

Our consultations sessions are free of charge while we have a No Win No Fee Policy which helps you to make claims without any financial whatsoever.

We encourage you to take advantage of our helplines or fill out our online free claims assessment form and we will set up a meeting to discuss your claims.