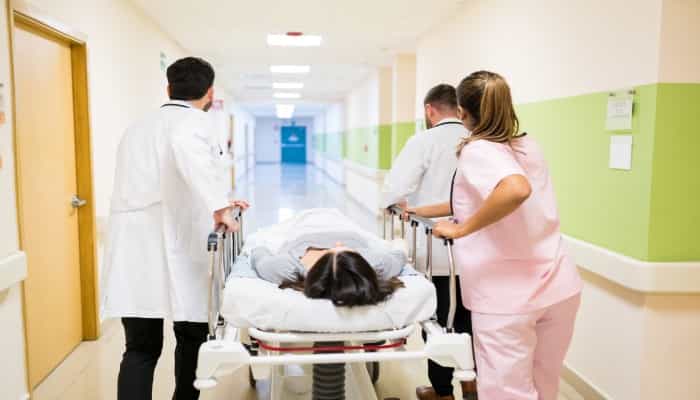 Analysis of data from NHS England shows that one in 20 patients are now facing the longest waits.

75% of these persons who were forced to wait for more than 28days were suspected of having skin, breast or lower gastrointestinal cancer, according to a Guardian analysis.

Minesh Patel, head of policy at Macmillan Cancer Support, said people were waiting for so long to have a diagnosis or a vital treatment. She also noted that patients are worried about how the delays could impact on their prognosis and quality of care.

Matt Sample, the policy manager at Cancer Research UK says the NHS has never worked harder but that patients having to wait very long “reflects a broader picture of some of the worst waits for tests and treatments on record”. “When just a matter of weeks can be enough for some cancers to progress, this is unacceptable.”

Current figures show that the number of patients facing the longest waiting times for cancer is seven times what was recorded six years ago. For instance the monthly average of people waiting for more than four weeks between May and July 2016, was 0.5% compared to 3.8% within that same period in 2022.

Contrastingly, just 1.3% of those with suspected testicular, brain and haematological tumours wait more than 28 days to see a specialist, an increase of just one percent point since.

For Melanie Sturtevant, associate director for policy, evidence and influencing at Breast Cancer Now, expressed deep concerns at such a large increase.

“Breast cancer services are now receiving incredibly high numbers of urgent breast referrals every month and combined with the severe breast cancer workforce shortages which existed before Covid-19, this has resulted in spiraling waiting times despite the tireless efforts of NHS staff.”

Manchester University NHS Foundation Trust has the largest number of breast tumour patients in England, but even there, women seen face one of the longest waits. On average, more than half of the patients were seen by an oncologist after 28 days between May and June this year after an urgent referral from their GPs.

Taking a look at all cancers, the trust also recorded the worst rate for patients who have waited more than four weeks. The monthly average of those with suspected cancer seen by a specialist after four weeks between May and July this year is 22%.

A spokesperson for the trust said there had been an increase in the demand above pre-pandemic levels, but that members of staff will continue to work extremely hard to improve the overall cancer and achieve the two-week wait for urgent cancer referrals.

Miss Sample said “Cancer must be a priority for this government, “We’re pleased [the health secretary] Thérèse Coffey has recommitted to a 10-Year Cancer Plan, but now we need to see action.

“That means delivering a comprehensive and fully funded cancer plan that transforms cancer services from world lagging to world leading.”

The plan “needs to include details on how the government will train and retain more cancer professionals, so that all people with cancer get the timely and quality care they need and deserve”, said Patel. “We cannot wait any longer.”

We encourage you not to delay in making your claims as you have a limited time to do so.