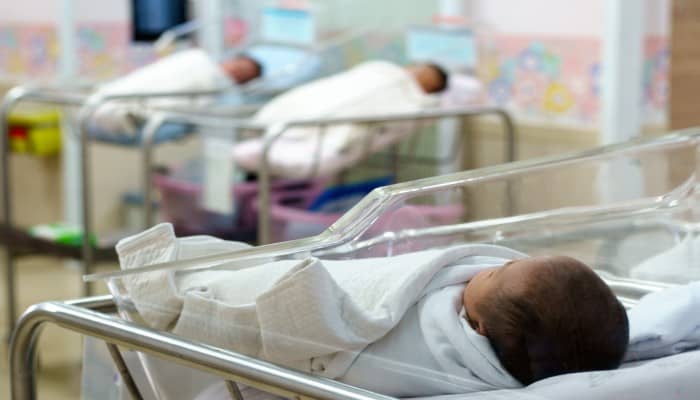 It has been found that there are problems with the maternity care at East Kent Hospitals NHS Trust.

An independent review into the maternity’s services between 2009 and 2020 was launched after the death of a baby in 2017 was published on Wednesday 19th October.

BBC News were told by families and also saw concerns from staff which indicate that the problems were still there which included trainee midwives being left unsupervised.

The trust in a statement said it had worked hard to improve its service.

The inquiry into the failings at the East Kent maternity unit came after an inquest found the death of baby Harry Richford at the trust in 2017 was "wholly avoidable".

The review led by Dr Bill Kirkup, saw more than 200 families give evidence to the investigation.

Some of the problems discovered included continued poor working practices at the trust, including consultants not responding to problems reported by junior doctors and trainees not being supervised appropriately.

Stacie Goddard gave birth to baby Jamie in September 2022 at the trust's Queen Elizabeth the Queen Mother (QEQM) hospital in Margate and for a time she feared he wouldn't be coming home with her.

Her midwife went for lunch shortly before she gave birth after a long labour, and left an inexperienced, poorly supervised second-year student midwife to deliver her son.

Stacie says the trainee failed to spot the cord wrapped around the baby’s neck.

She said; "She straight away naturally just sort of picked him up and went to put them straight onto my chest, which obviously really constricted his windpipe."

Jamie was white and not crying and when the midwife realised he wasn't breathing he was taken away to be resuscitated.

Stacie whose first child died at 22 weeks said she was left for 30minutes not knowing if her baby was still alive.

Thankfully, Jamie is now well and at home with his parents.

At the nearby Canterbury Christ Church University, the midwifery course has recently failed to gain accreditation from its regulator, with part of the reason being that student midwives were being left unsupervised while working at the trust.

Staff shortages in maternity is a national problem even as the Royal College of Midwives reports a shortage of more than 2,000 midwives in England.

However, Sara Ledger, the head of research and development at maternity charity Baby Lifeline, says the East Kent Trust can make improvements to its services.

She said; "There are gaps in what people know. So a failure to escalate concerns, failure to manage things when things go wrong. Those are things that could actually be improved with the right training. And we're not seeing that on the front line. We're not seeing it quickly enough."

Just six months after the launching of the Kirkup, Sara Verge called the QEQM hospital as she was worried about the lack of movement from one of the identical twins she was expecting.

"He'd had unusual movements, increased movements, and then a sudden stop in movement. So I phoned up and I expressed my concerns," she said.

She was due to give birth just three days later and was advised by the midwife to simply monitor the movements.

On reaching the hospital, tests showed that twin, Otis, had died; his brother Abel was born healthy and happy.

The trust wrote a letter eight months after the incident saying that the advice to stay at home was "contrary to the triage guidelines which very clearly state that any alteration in movements is an indication for a clinical review on the same day".

How We Help Our Clients With Birth Injury Claims

If you or your child suffered from birth injuries, or you lost your baby as a result of birth negligence, you could have strong grounds to make birth injury claims.

It is not right that you be denied the joy of having your baby safe and sound and so our expert lawyers are willing to undertake such cases under our no win no fee claims policy.

This means you do not have to worry about paying any dime to us before we can undertake your claims or even during the claims process.

You can be rest assured that your claims will be handled by some of the best birth injury claims solicitors who have an enviable track record of success in such claims.

All you have to do is to reach us via our helplines to discuss with one of us and get started on your claims.