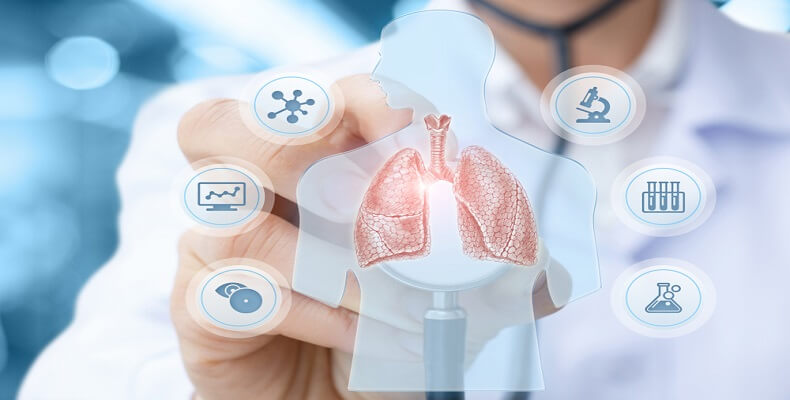 A new study by New charity Asthma and Lung UK (ALUK), found out that half a million people died from pneumonia, asthma and other respiratory conditions over a seven-year period. The study also shows that people in the poorest neighbourhoods are seven times more likely to die of a lung condition than those in the richest neighbourhoods.

The group has described the situation as “shameful” and also called for more funding for research and treatments. The Department of Health has also said that improving the lives of people with lung conditions was a "clinical priority".

Research published in November 2021, shows that the number of people admitted to hospital for lung conditions in England and Wales has doubled in the last 20 years. The academic study discovered that the rate of admissions increased from 1,535 to 3,143 per 100,000 people between 1999 and 2019, before the start of the Covid-19 pandemic in Europe. Influenza or pneumonia, chronic lower respiratory disease, or other acute lower respiratory infections were the most common causes.

ALUK, formally known as Asthma UK and the British Lung Foundation, said one likely cause was air pollution, which is now connected to 36,000 premature deaths every year in the UK. Of this number 7,000 are in Scotland alone.

Having found that people in the poorest neighbourhoods seven times more likely to die of a lung condition than those in the richest areas, it made a link to deprivation saying that the causes could be as a result of greater exposure to poor-quality damp housing, other forms of air pollution and cigarette smoke.

According to statistics published by Eurostat on the number of respiratory deaths in 2018, 84,721 respiratory deaths were recorded in the UK. Turkey however, had a higher per capita death rate when compared to the UK and other countries across Europe; with people in Finland three times less likely to die from lung disease.

ALUK chief executive Sarah Woolnough described the death figures as a "national scandal". She further added; "The state of lung health in the UK is shameful, with the numbers of hospital admissions increasing, and air pollution causing people to develop lung conditions or making existing ones worse.”

The charity wants more research into diagnostic testing and treatments, saying that despite making up 24% of all deaths, lung disease accounts for only 2% of publicly-funded research spending.

The Department of Health and Social Care (DHSC) said air pollution has reduced significantly since 2010. A spokesperson also added that the National Institute for Health Research has invested over £130 million into respiratory health and disease research.

What Do I Do If I Have A Lung Cancer Claim?

It must be said that Lung cancer is one of the most misdiagnosed cancers in the UK. In 2017, lung, bowel, breast and prostate cancer accounted for almost half of all cancer deaths. You may have cancer misdiagnosis claims if your GP fails to make the right diagnosis following tests conducted or delays unnecessarily before making the right diagnosis leaving you to suffer avoidable pains or complications.

You may also have lung cancer negligence claims where your GP's failure or delay to recommend chest X-ray, CT scan, PET-CT scan, bronchoscopy and biopsy or endobronchial ultrasound to determine your true state of health even after making known to him your symptoms causes you to pass through trauma, pain, complications or more serious treatment procedures which could have been well avoided. In a case where your loved one dies as a result of lung cancer medical negligence; our solicitors can help you get a deserving NHS negligence death compensation.

We encourage you not to delay in bringing your claims as you have a limited period to make your claims. What is more, when we represent you, you do not have to worry about legal fees.

Therefore, reach out to us in the shortest possible time to begin your claims process.