What Are The Causes of Medical Negligence Claims? 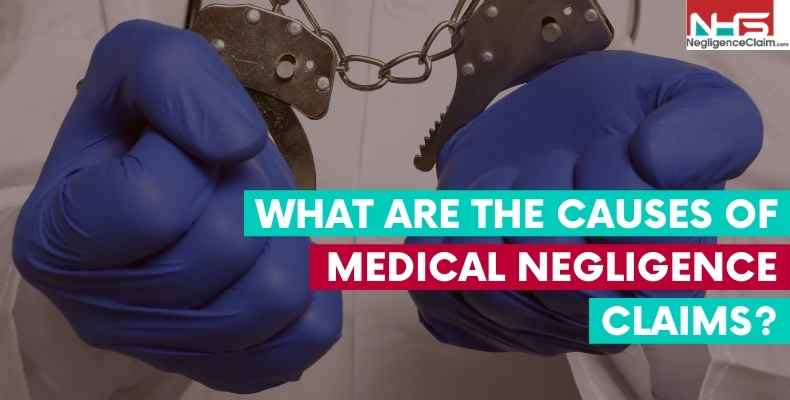 The reasons for medical negligence claims are varied. The growth in demands on the NHS has almost certainly contributed to the causes of negligence. Did you know that the number of reported claims of NHS Negligence have increased by around 40% in the last 5 years?

The most common area of negligence claims against the NHS related to Orthopaedic Surgery, closely followed by negligence in A&E Departments. Despite the NHS having extensive guidelines to increase patient safety, the guidelines are often not followed.

Some of the most common causes of NHS negligence are:

Despite tremendous medical and technological advances over the past 30 years, the incidents of medical negligence are actually increasing. This can’t be acceptable to NHS users.

Some of the most common reasons for medical negligence claims include:

A lack of medical professionals in the UK.

It is widely reported that NHS hospitals in England and Wales are understaffed. The NHS is struggling to recruit and retain good doctors and nurses. There is an exodus of medical professionals who have trained in England and Wales, who are moving to other areas of the world to provide their services.

The pressure of being understaffed is having an immediate impact on the medical professionals left running the NHS. They have less people to do more work which results in mistakes being made. A major shift in NHS recruitment policy is needed in order to improve the current situation and to reduce the number of medical negligence claims.

The system of healthcare in England and Wales is disjointed. This can contribute to medical negligence claims.

It is common for NHS hospitals to be separated into different departments and specialisms. You may visit the A&E Department, who then refer you to the Oncology department for example. However, if there is a lack of communication or disjointed system in place for that hospital, then you may never be contacted by the Oncology Department. Sadly, such errors and delays in communication between hospital departments can have a devastating impact on patients. Particularly, if they are suffering from time sensitive conditions.

A Growing and Ageing Population

It is also a fact that the population is living longer and requiring much more care in our older years. This has led to increasing reports of “bed blocking” whereby elderly patients are admitted to hospital for long periods of time, generally, not because of their condition, but often due to concerns about after care if they are discharged from hospital.

If you think that you been the victim of medical negligence for one of the reasons above, or any other reason, it is vital that you obtain specialist legal advice from a solicitor as soon as possible. Our panel of solicitors are specialists in medical negligence claims and will be able to provide you with a free no obligation assessment of your case.

Medical negligence claims can be avoided by medical professionals being provided with the training and resources to perform their roles effectively. As the pressure on the NHS increases, funding must increase proportionality. This has not been happening, and the NHS is struggling because of this.

The UK Government needs a fundamental review of how the NHS is funded and operated to ensure that medical negligence claims are avoided and patients receive the treatment that they are entitled to.